A little elf visited me

I must have been very good this year because this is what I found under my tree last night. 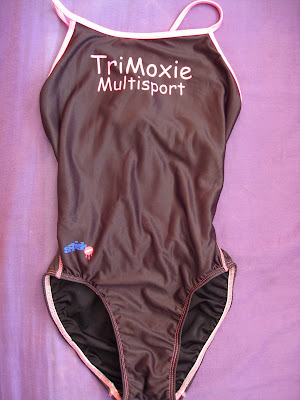 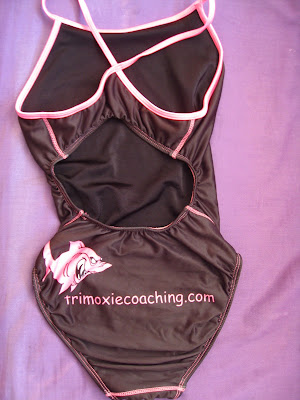 Pretty cool eh? I already feel faster. It's going to be a good year.
Posted by Swimming for ME at 2:11 PM 30 comments: Links to this post

Oh speedsuit where fore art thou when I need you most? 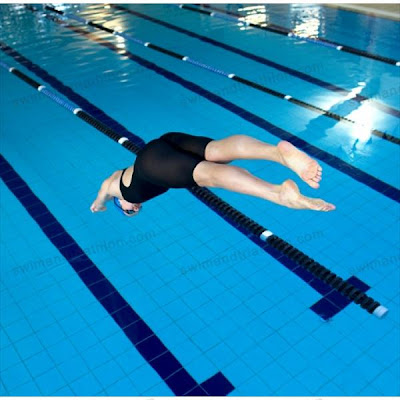 That is my summary of the SCM Championship meet at BU this weekend.

Well that and... how can each age group I age up into get faster than the one before??

I love my blue lobstahs. Thank god for them.
Posted by Swimming for ME at 8:22 PM 7 comments: Links to this post

Into the deep blue 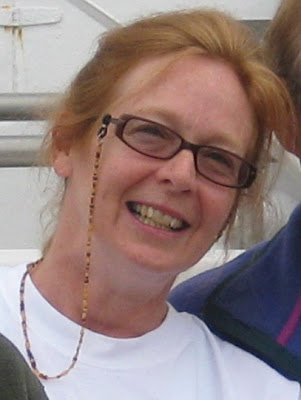 The news this week was a great shock. I have been going through my daily routines still processing and remembering.

Jane, one of our Masters swimmers, passed away this week due to an aneurysm. She was only 50. She completed the Peaks to Portland race this year with same exuberant joy and excitement that she brought to all her activities. She was funny and kept us all laughing.

My greatest condolences to her family. We will miss her greatly.
Posted by Swimming for ME at 2:50 PM 3 comments: Links to this post

Help me pick a new suit!

I'm facing a week of rain, the end of summer and going back to work this week.
This summer has to been too good. Obviously it is time for a new suit.
Please help me pick a new suit and vote (in the side bar) for your favorite one.

I'm a Winner not a Wiener!

I must be butter 'cause I'm on a roll

Posted by Swimming for ME at 10:35 AM No comments: Links to this post 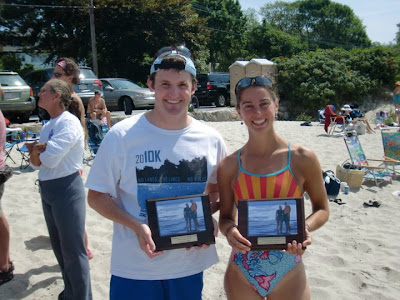 Course was a bit longer than past years judging by the winning times. It was a trapezoid course out and back in the harbor. Maine Masters showed up in style (of course thanks to Son) with a huge banner and 20 swimmers. Sadly absent were Cheryl, Simon and a few others who have made this a regular swim over the years. Next year they'll be back! I'd like to get a few others in on this fun short swim too -- John, Mike, Susan?

This race was particularly fun as I got to see my sister and brother in law and adorable
niece Alessandra (pictures to come).

A 1.2 mile race is markedly different from the longer races I have been doing this summer (2.4 in July and 4.4 in June). It is really a full out sprint for 20 minutes! Which is a good realization as I have one more race this season, a relay at Lobsterman in September. This race did hurt a bit (and talking to folks afterwards I wasn't the only one). My lats and triceps were aching and tight. I am not sure if it was the effort I put out (didn't seem more than usual?), the flatness (why would that matter) or poor fit of my wetsuit. This is only the second race I have worn my Helix Blueseventy for a race but both times I have been uncharacteristically sore in my triceps. Could the suit be too short for my torso? I never had this problem with my old Orca. Has this happened to anyone else?

Otherwise I completely enjoyed the morning. I finished 3rd woman and 10th overall (/125). I highly recommend this race! Congrats to fellow Mainer's Sean Carter (1st male 30-39) and Kelsey Abbott (1st woman 30-39). Always nice to swim with friends.
Posted by Swimming for ME at 12:52 PM 4 comments: Links to this post

So I am planning a night swim under fireworks for my birthday.
I am pretty excited. I've got glowsticks for under my goggles, flashlights
for the spotters and I'm all ready to get my faux shark tattoo afterwards.

Understandably, however, some people are a bit freaked out by this prospect.

But extensive research revealed that there have never been any unprovoked shark attacks on the coast of Maine. Shark sightings are rare. The most common sharks in Maine are spiny dogfish, blue sharks and occassionally porbeagles. The Gulf of Maine Research Insitute has a nice summary in case you are swimming at night anytime soon :)
Posted by Swimming for ME at 9:32 PM 21 comments: Links to this post 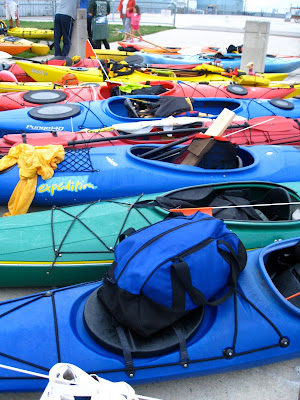 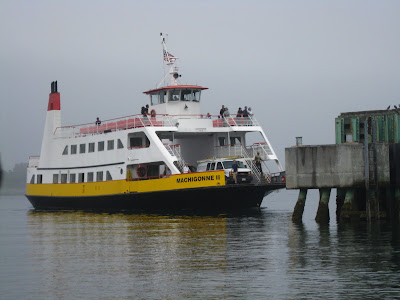 This is our life happening ... and it is happening right now. - Michael Chabon

That is my main reason I like doing open water races.
In those moments of the race, I live fully in the present.
Painful or exhilarating, I and everyone in that race, is right there.

Honestly I was feeling a bit complacent about this race, for many reasons, the biggest of which was that Kathy was unable to swim. She's been out for the majority of the summer with a back injury. It just hasn't been the same to train without her. I was, and am, feeling sad about this. 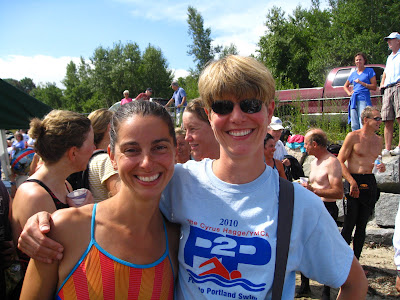 Kathy and I at the finish.

However in balance of this, our group had well over 20 swimmers join the 192 that completed the race, many of whom swam for the first time. 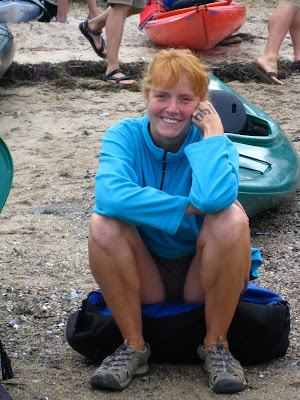 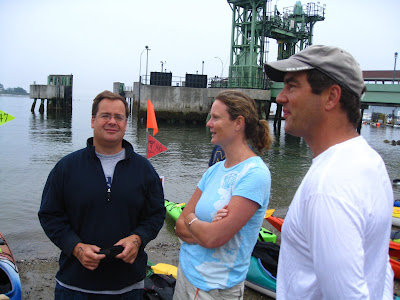 Peter, Claire and Bowen.
The morning was foggy and as we headed over on the ferry Peaks couldn't be seen. Even as the race started, Portland was not visible through the fog.

The start was modified several times in the days before the race. The final iteration turned out to be a good one. Four waves of 50 swimmers spaced by 3 minutes staggered by speed, fastest wave first. We had lots of room and I didn't get clobbered by any other swimmers. There was lots of space for at least 500 yards, almost the entirety I spent swimming arm for arm with Peter. Thanks dude! And then the kayaks closed in on us. I had to yell to one who crossed immediately in front of me. But he kept going. My arm hit the front end of his boat and I had to yell back at him "Don't cross the swimmers!" Someone later said I should have dunked the front end of this boat.

Karen my kayaker found me shortly after this just when I was starting to wonder, quite calmly I might add, if I would be swimming the rest of the race unescorted. She was great -- cheering, encouraging and rallying me on to the finish. Note the distinctive hat! 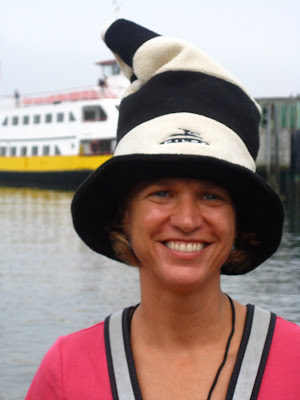 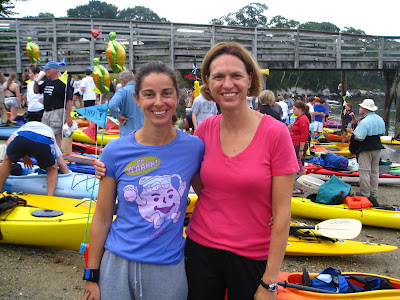 My arms hurt for much of the race. In retrospect I think my suit was too tight -- too new still. However I experienced none of the leg cramping that I have in past years so the change in training and pre-race nutrition seems to be working.

The water was cold, much colder than it has been at Crescent Beach. I don't know if this is just subjective or if it truly was colder. Even though I forgot my hoodie, the two caps I wore were just right to keep me warm enough.

I had one guy (without a kayak) who trailed me for nearly the entire race. I have to say I admire his stamina. He looked like he was working quite hard keeping up a rapid cadence. Just as we entered the boats I stretched out my stroke and picked up my kick and was able to shake him loose finally.

Suggestions for next year:
Have the kayaks line up in numerical order: odd number one side, even number the other. This way it should correspond to the speed of the swimmers and reduce the chaos.

Can we please have water and gatorade through the awards ceremony?

Love the award towels!! Much better than a plaque.
Posted by Swimming for ME at 6:44 AM 6 comments: Links to this post

The cure for anything is salt water - sweat, tears and the ocean.
-Isak Dinesen

Swimming for ME
I like to swim. A lot. Where ever, whenever I can. Especially in the ocean on a hot summer day. What could be more exciting? 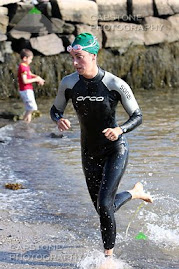 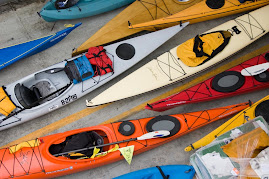